I am building a scheduling app that will allow mentors to schedule time with mentees. In this case the mentor will submit a form indicating when they are available to meet with mentees. The mentees will receive a notification that bids are being accepted for an appointment with their mentor prompting them to open the app and press the bid button. After a designated period of time, likely 24 hours, the mentor will be prompted to open the app and accept bids. Accepting the bids is where I need a little assistance.

I am attaching two screen shots. One an app view, the other a builder view. 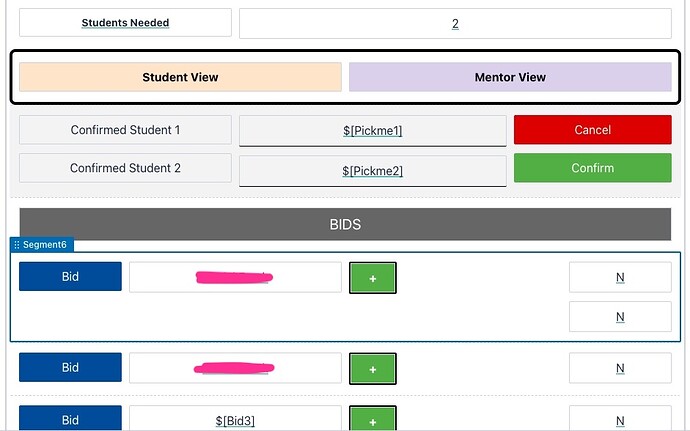 To set this up, create a table that associates the students to a session: 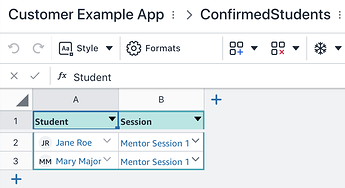 You will also need tables that list all students and all sessions (the Session column is a rowlink to a Sessions table).

In the app, you will have two lists. The "Confirmed Students" list would show students confirmed for that session only. This is done with a FILTER formula: 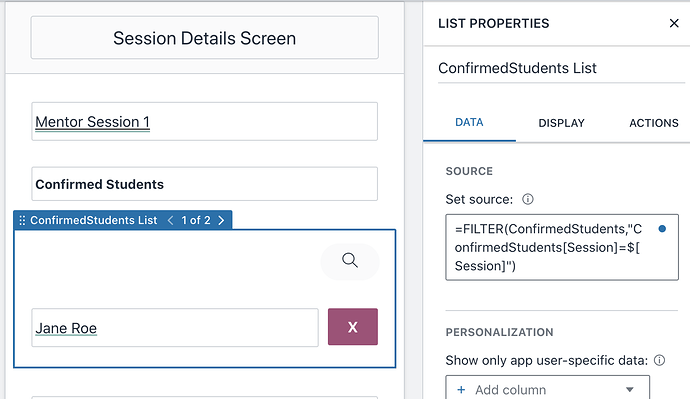 I also added a remove button that allows you to easily remove a user from the confirmed list:

Below, I added list from the "All Students" table (or "Bids" / "Interested Students", in your case), of students that could be added to the session. To limit the amount of sign-ups for a given session, you can grey out the + buttons if there are already X amount of students signed up. Here's an example of limiting a session to two students:

The visibility formula for the green add button would be something like below. This is saying that if there are two users added already (or if the limit was reached):
=FILTER(ConfirmedStudents,"ConfirmedStudents[Session]=$[Session]")<2

Also, if you want to ensure you don't add the same student twice, you can add a FILTER on the "All Students" list that does not include those confirmed for that particular session: 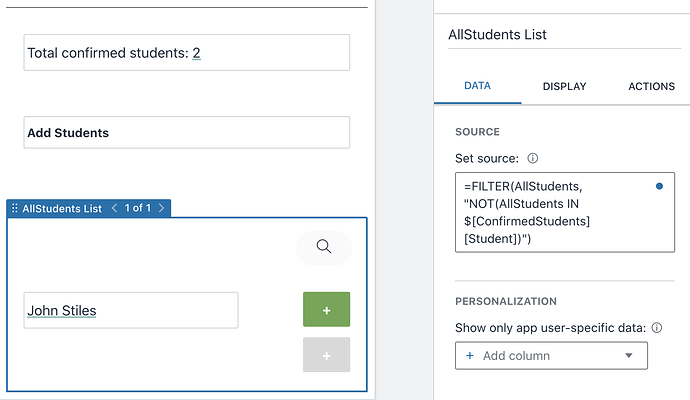 My formula that is checking to NOT include students IN the confirmed students list looks like:
=FILTER(AllStudents, "NOT(AllStudents IN $[ConfirmedStudents][Student])")

And the $[ConfirmedStudents] variable is just a copy of the filter formula for the confirmed students list: 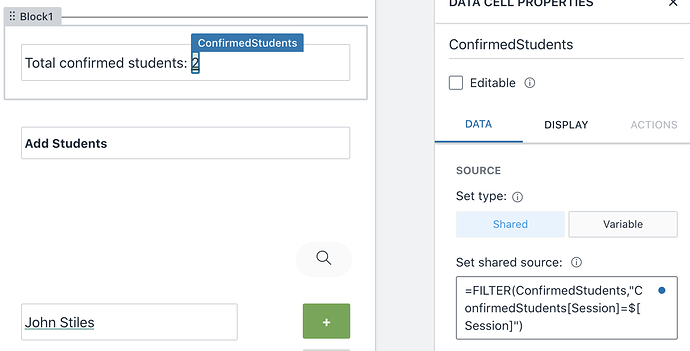 Now you have an app where you can add and remove students from a session. 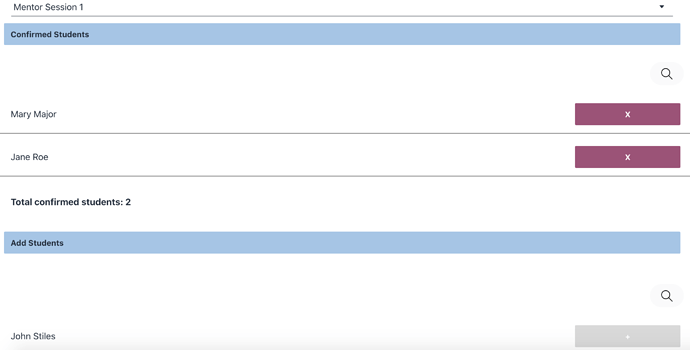 Hope this example helps! This method would allow for the scalability you're looking for, since you can add and set limits for as many students as you'd like.

I have been able to get most of your suggestion to work on my app!
I now have three tables where the data is passed back and forth.

Tables:
Requests - Generated when a user submits a form
Bids - Holds student bids for appointments
Confirmed Students - Once student bids have been approved, data from requests and the approved student name are combined into this table.

Here is what I have so far 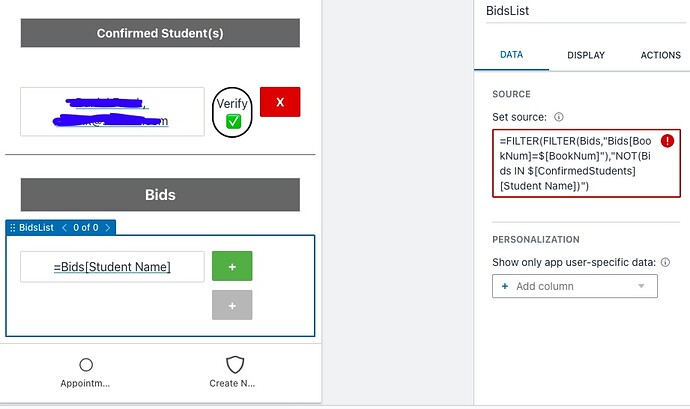 I tried playing with =FILTERDIFF today. In theory, I think that formula would work; however, was not able to get the desired result.

Thanks for sharing where you're at with this; you've made some great progress!

To fix the syntax in your FILTER formula, you'll want to use AND to include both of the desired criteria. It would look something like:

For the date visibility formulas the syntax appears to be correct. I'll note that Honeycode time is in UTC, which means that the time may not match your particular time zone. Here's an article that may help, if that is the case: UTC & Time Zone Conversion.

Let us know if this helps!