Filter based on highest value of another table

I have a table with a list of companies, and another table called financials that have as keys the company and a year/quarter and as column Sales.

the FINDLASTROW doesn't work is it does not take into account the sorting of the Financials table. How can I solve this?

The good news is the FINDLASTROW function does account for sorting! Based on your screenshots I created a sample workbook using the data you provided. 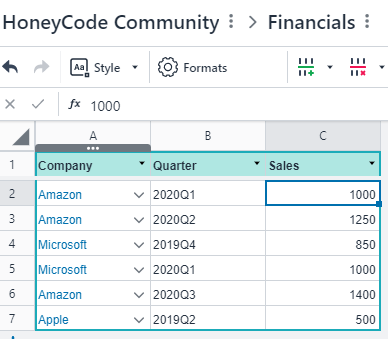 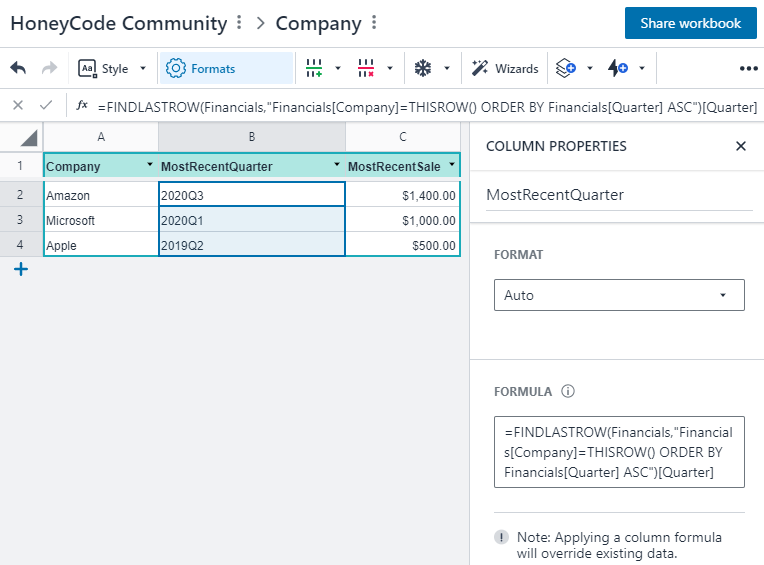 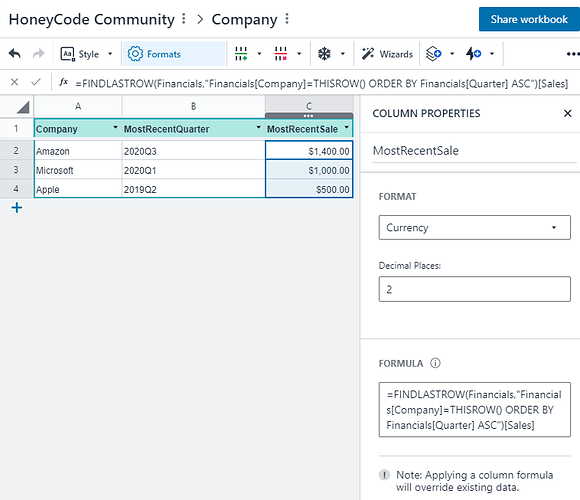 I hope this helps! Also just a tip make sure you do not include a space between the FINDLASTROW() function and the Column you want to display for that row for example =FINDLASTROW(Financials,"Financials[Company]=THISROW() ORDER BY Financials[Quarter] ASC")[Sales] works however if you add a space before [Sales] the formula will result in an error. Took me a while to figure that out