Hi all,
I've created and app with an Orders screen and another one called "Pedidos":

In "Pedidos" here user can see part of what he's ordered and in that screen there is a button called:

The way it is working now, system lets user to select an order or pedido from the "Pedidos" screen and he/she sees only a part of the order that was created as follows: 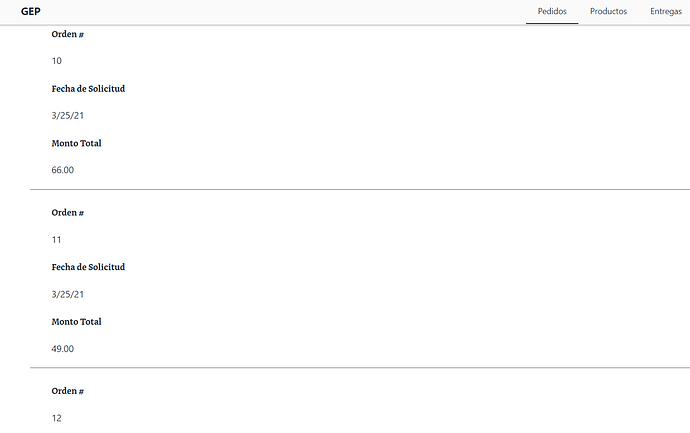 If I click on any order it takes me to the "Order Summaries Detail Screen", but in there I should see also the items I chose when creating an order as follows: 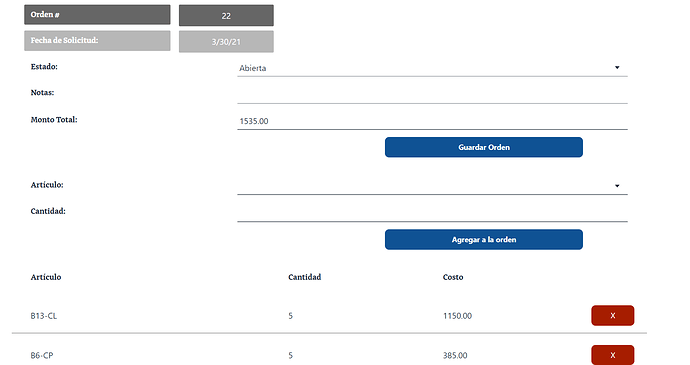 But I only see this:

Could you help me pls?

For this, you would add a list object to your "Registro de Ordenes" screen, which has a FILTER to only display the items of that order number. The Filter formula would look like: =FILTER(OrderEntries,"OrderEntries[Order]=%",$[Order Number])

You would just update the name of the table and variables accordingly in the formula to match those in your app.

Let us know if that helps!