Substitute value from lookup in another table

I have a scenario where I have folks importing data into a table that gets written to another table. There is a column in the import table that I would like to have the contents of that column be as a lookup in another table and if it finds the value in a column pull a value in that same row but a different column in that row and then take that value and write it to the imported value.

When the row is imported the item in Branch Number column is a long string. I'd like to do a lookup against a table that has the same strings but in the column next to it has a simple value.

Replace the value that was imported with the one that was done in the lookup.

I was thinking doing a subsitute or perhaps a formula on the column?

. Hoping this will help you...

I have two tables, Import and Lookup. 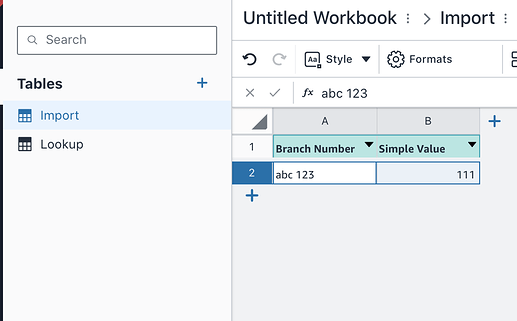 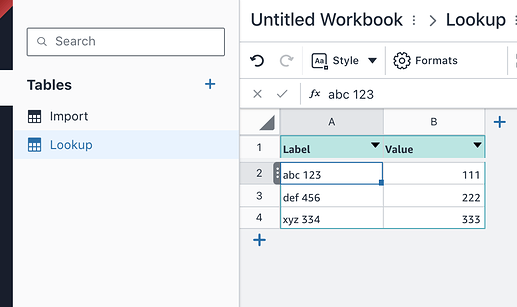 In my Import table, for the Simple Value column, I am using the following expression: =FINDROW(Lookup,"Lookup[Label]=%",[Branch Number])[Value]. Using the FINDROW function here will find the row from the Lookup table that matches the Branch Number column. If there is a match, then it pulls the second column from the Lookup table, which is Value. Here's a screenshot:

And here it is in action:

Let us know how this goes!